SeaWorld marked World Penguin Day, an annual observance to encourage learning more about this species and their environment. Penguins are the second most endangered seabird with 13 of the 18 species of penguin facing some level of threat concern. Dedicated to the care and conservation of penguins for decades, SeaWorld has experience with nine species of penguins including Emperor, King, Adélie, Gentoo, Chinstrap, Rockhopper, Macaroni, Magellanic, and Humboldt, providing world-class care and habitats that reflect the unique needs of each species. As an accredited zoological facility, SeaWorld is a participant in the Species Survival Program for Humboldt penguins.  It also advances penguin conservation outside its parks through SeaWorld Conservation Fund grants.

“Penguins are hardy creatures but require specialised environmental conditions to thrive,” said Andrea Roggenbuck, Supervisor of Zoological Operations at SeaWorld San Antonio. “The knowledge and expertise of SeaWorld animal care specialists is essential in maintaining the health of our penguin populations and ensuring conservation of these precious species.”

The Only Place to See Emperor Penguins in the Western Hemisphere

Most people do not have the opportunity to observe penguins in the wild. The unique ability to observe and learn directly from animals in human care increases public awareness and appreciation of wildlife.

SeaWorld San Diego is the only zoo and aquarium in the Western Hemisphere to house Emperor penguins, the largest species of penguin. Emperor penguins can dive deeper than any other penguin. The last recorded emperor dive depth is 563 meters and the longest dive recorded was 23.1 minutes, both at isolated dive holes.  Like other penguin species, they often leap into the air while swimming in a natural behavior called porpoising.   One of the most unique things about Emperors is that they breed in the austral winter when it is dark, and temperatures are sub-zero and turbulent.

All SeaWorld parks have exhibits for species of penguins native to colder weather – like Chinstrap and Adélie penguins. These exhibits are on Antarctic time—meaning seasons are opposite of those experienced in North America. The lighting changes to reflect the opposite season and keep the penguins breeding and molting on their natural and biological schedule.

Diet preparation differs depending on the species of penguin. While smaller species including Rockhopper penguins require a diet comprised of smaller fish such as Capelin, larger species like King penguins are fed larger fish like Herring. Fish fed to the birds is tested for nutritional quality and is of restaurant quality.

Penguin habitats are designed to accommodate the difference in behaviors between species such as nesting styles. Chinstrap, Rockhopper and Gentoo penguins require smooth rocks in their habitats to build nests to incubate their eggs whereas King penguins incubate their eggs on their feet under their brood patch.

When it comes to caring for their young, penguins often adopt or foster other young penguins. For example, a pair of two male Gentoo penguins at SeaWorld San Antonio was observed building a nest together, taking turns guarding the nest site and mimicking the behavior of expectant parents. They were so attentive to their nest site that, after much observation and trial, the pair was selected to serve as foster parents to an egg. In 2020, this Gentoo pair was given a Chinstrap penguin egg in need of fostering. The couple successfully incubated this egg of a different species and took turns caring for and feeding the chick when it hatched.  The pair raised the chick and fostered another chick this last breeding season.  Both chicks are Chinstrap species penguins, and both are doing well today.

The Association of Zoos and Aquariums (AZA) SSP is a propagation and management program to preserve selected species in accredited zoos, many of which are threatened or endangered. The AZA Animal Population Management Committee (APMC) has designated an SSP for several species of penguins.  As an accredited AZA facility, SeaWorld San Diego is a participating institution in the SSP, caring for and maintaining sustainable populations of various species of penguins, including Humboldts, in partnership with the AZA.

Penguin Conservation in and Outside its Parks

SeaWorld teaches the importance of species conservation through activations in its parks that are both educational and thrilling. This year SeaWorld San Diego and Penguins International joined forces to bring guests the Emperor, a penguin-inspired thrill ride that spotlights Emperor penguins as an incredible and unique species.

Outside its parks, SeaWorld Conservation Fund supports penguin conservation by providing scientific and financial grants to third party organizations.  Some of these include:

SeaWorld Entertainment, Inc. (NYSE: SEAS) is a leading theme park and entertainment company providing experiences that matter, and inspiring guests to protect animals and the wild wonders of our world. The Company is one of the world’s foremost zoological organizations and a global leader in animal welfare, training, husbandry, and veterinary care. The Company collectively cares for what it believes is one of the largest zoological collections in the world and has helped lead advances in the care of animals. The Company also rescues and rehabilitates marine and terrestrial animals that are ill, injured, orphaned, or abandoned, with the goal of returning them to the wild. The SeaWorld® rescue team has helped more than 39,000 animals in need over the Company’s history.  SeaWorld Entertainment, Inc. owns or licenses a portfolio of recognized brands including SeaWorld®, Busch Gardens®, Aquatica®, Sesame Place® and Sea Rescue®. Over its more than 60-year history, the Company has built a diversified portfolio of 12 destination and regional theme parks that are grouped in key markets across the United States, many of which showcase its one-of-a-kind zoological collection. The Company’s theme parks feature a diverse array of rides, shows and other attractions with broad demographic appeal which deliver memorable experiences and a strong value proposition for its guests. 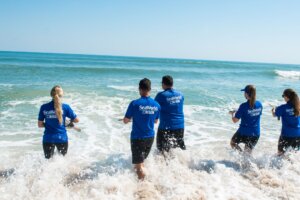 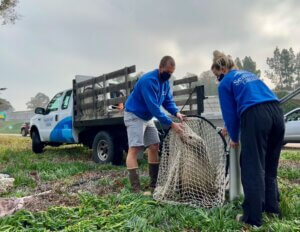